If you’re over 20, you probably remember the old Polaroid instant cameras.  You would take a picture and the photo would magically emerge from the camera.  At first the photo would be all white, but within a few seconds the image would begin to appear.

I understand that Polaroid stopped making their instant cameras a number of years ago. However, the Polaroid back!  But Polaroid doesn’t make them anymore, at least not the one that our daughter Cecily got for Christmas.  Her camera is made by Fujifilm and the picture that the camera produces is smaller than the old Polaroids that I remember.  These retro cameras are now the hip thing for teenagers.  It was at the top of Cecily’s wish list and apparently Santa has a hard time saying no to Cecily, even if he has to search all over Taipei to fulfill the desires of her heart.  Santa, it turns out, is a big sucker!

So Cecily took her instant camera with her on our trip to Cambodia last week and it turned out to be the hit of the trip.  I think that we all agree that the highlight of our trip was a tour that we took through the village that was right next to our resort.  The resort has done some amazing things for this village, such as providing employment and teaching English to many of the villagers.  Also, the resort dug a number of wells that provide fresh, clean water to the residents of the village.  Half of the proceeds from the cost of the village tour go directly to the village.  We LOVED the village tour.

Cecily brought her camera with her on the tour and took pictures of the kids.  She would then hand the photos to the children.  At first they would look at the plain white photo, wondering what it was.  But then their image would slowly to appear and the looks on their faces were unforgettable!  At one point, a group of kids surrounded Cecily, grinning at her camera and begging, in English,  for “One more!  One more!” 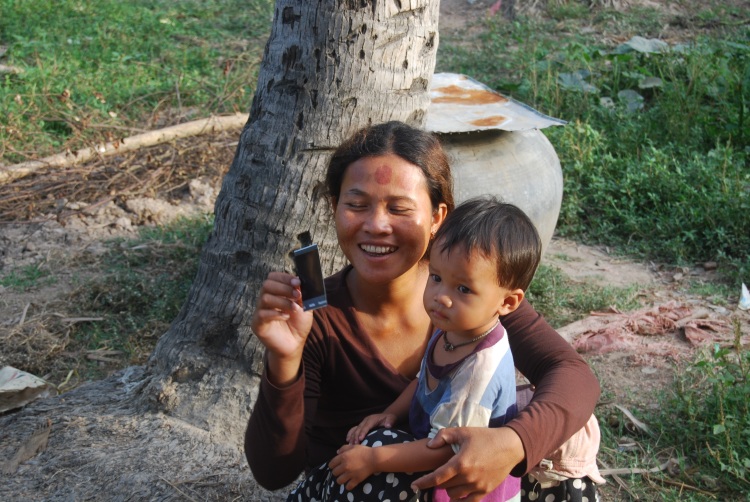 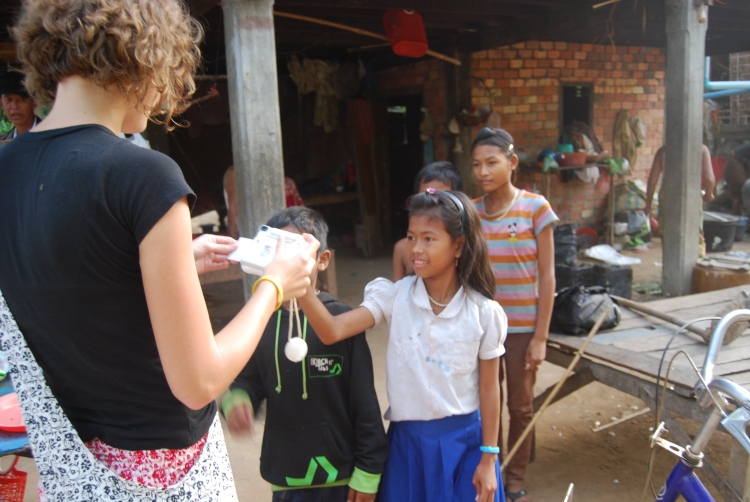 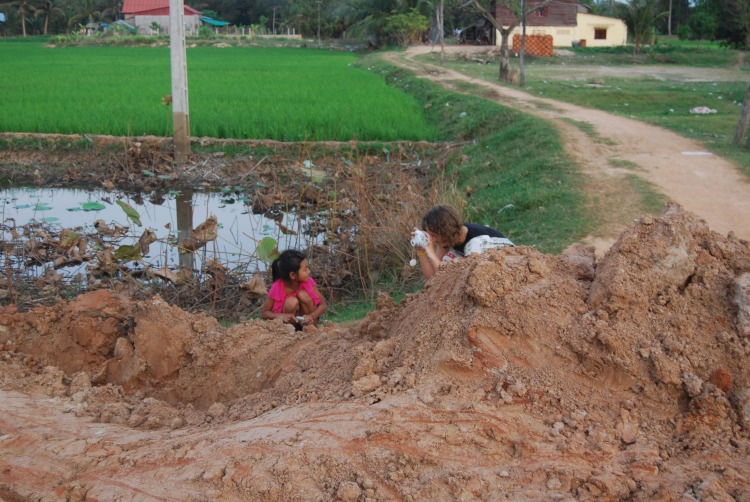 Roll of film for Fujifilm Instax MINI 25 Instant Camera: About $20 for 20 pics

Memories of the faces of those Cambodian children: Priceless

3 thoughts on “Return of the Polaroid”